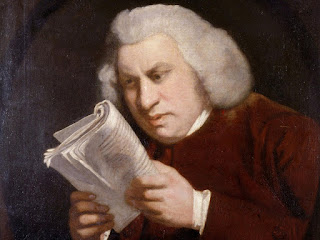 I love that quote about Johnson not wanting to go to the theatre to see one of his plays a second time because "the white bubbies and the silk stockings of your Actresses excite my genitals" :-)

The geekery in me is all a-flutter. Will have to check it out.

I definitely recommend it. A great read.