So I signed up to Twitter today and have already wasted a great deal of time looking around for people to follow. It's actually surprisingly addictive looking through people's tweets and such. I kind of feel like I've shown up late for a party and everyone else is already in the middle of some interesting conversation... SCENE - Twitter as a metaphorical party. Music is playing and many cool people are hanging out in a crowded room, talking loudly over the thumping beat. Enter Debbie (awkwardly barging up towards cluster of acquaintances sipping trendy cocktails) Debbie] Hi guys. What are you talking about? Cool person 1] Flumixernator (or some other trendy yet uncommerical sounding name of a band that Debbie has never heard of). Debbie] Oh. This party looks fun. Cool person 2] It was... about an hour ago. Cool person 3] Oh yeah. Remember when Hip Dude said that funny thing to Trendy Girl? That was classic. Cool person 2] Totally unforgettable. Debbie] Really? What did he say? Cool person 4] You had to be there. It was largely contextual. Cool person 5] And it was the way he said it more than anything. Cluster of cool people nod their heads and share a laugh at the awesomeness of the memory. Cool person 1] Actually this party's getting kind of lame now. Cool person 2] Yeah. I think I'll go now. Cluster of cool people murmur in agreement and start to leave. Debbie] Guys! Wait, I just got here. Cool person 3] Meh. (Continues towards door with others) Debbie] I can say something random and try to be funny. I'll make glibbly insightful remarks about current events and pop culture. Please, don't go. Cool person 1] Sorry. This party's over now. Cluster of cool people wave and exit leaving a Debbie standing alone in an empty room with music she doesn't recognise playing loudly. Debbie] Guys? Voice-over] TWITTER - Now you can feel socially insecure on the internet as well as in real life. You can follow me on Twitter now and tell me your opinions about Flumixernator and whether you think their music has become too commerical recently. 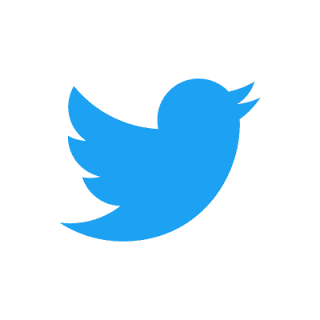 Posted by Debbie Cowens at 8:24 PM

Hmm, another person I know has joined... maybe I should too.