Ten days into 2010 and it’s turning out to be a little strange for me in terms of writing. Maybe I’m still half in Christmas holiday mode or something but I seem to be chopping and changing more than the ‘summer’ weather at the moment. Maybe I’ll settle back down into my more usual organised approach. I might actually manage to focus on one project until it’s completed before moving onto the next soon but at the moment I’m flinging myself around like a pollen-mad bee, flitting from flower to flower. I can’t remember previous Januaries well enough to know if it’s to be expected that I go through a chaotic New Year phase before settling back into usual routines or not. I attempted to rein myself a little by compiling a writery ‘To Do’ list. It worked for a couple of days and I completed items one and two of the list but now I seem to have returned to randomly doing bits and pieces on a variety of projects, thus completing none. It’s progress still but it’s progress that’s harder to measure. I have also noticed that even when I sit down to work a particular piece, I’m tending to jump around. I start inserting paragraphs here and there in previous sections, editing or rewriting other parts before returning to writing new material which was what I initially set out to do. So far my reading choices have been slightly unusual as well in that I seem to have read only paranormal YA so far this year (even more unexpectedly, the fairy books are outnumbering the vampires two-to-one so far.) However, I went to the library yesterday and got a range of fantasy, mystery and ‘The Astonishing Life of Octavian Nothing’ which appears to be a re-imagined historical set in colonial Boston about a boy brought up by a mysterious group of philosophers who are performing sinister experiments. However, a Middle Grade fairy book may have also slipped into my pile of reading material. I don’t know how. I hope that soon I shall return to my usual habits or that I’ll adjust to my approach of writing in smatterings all over the place. At the moment, I feel oddly guilty and bewildered about the whole thing. I suppose I associate being methodical with being productive but I hope that doesn’t necessarily mean that not being methodical is unproductive. If it does, I’ve started 2010 in a very inefficient way. Clearly, the only rational thing to do is to blame the subconscious influence of reading about all those fairies. 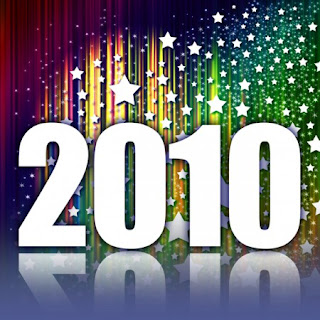 Posted by Debbie Cowens at 1:34 PM

No, clearly the only rational thing to do is to assume the fairies have actually moved into your house and are casting spells of distraction on you!
At least you have been writing, count that as a win :) I only restarted singing today...sigh. No fairies to blame either.

You're right. Obviously, I need to start hunting out these fairies. I'm pretty sure their responsible for casting some clumsiness and eating too many biscuits spells on me as well. Yep, it's the only logical explanation. I shall have to obtain some fairy goggles and begin sucking up any invading fairies with the vacuum cleaner.

Paranormaly YA is some of my favourite reading. Got any to recommend so far?

Oooh, I really want to read that. I LOVED the Sorcery and Cecila series and enjoyed Wrede's Dealing with Dragons books.

Paranormal YA
I'd give a half-hearted recommendation to Claudia Gray's Evernight, the Vampire Academy series by Richelle Mead and the House of Night series by P.C. and Kristin Cast. They're all readable and entertaining enough 'vamps (or vampire huters) at high school' books even though their vampires don't *sparkle*.

(On the vampy track, I can't wait to get my paws on Insatiable by Meg Cabot when it comes out.)

A college of magics by Caroline Stevenmer is awesome so far but I haven't finished it yet.

Valiant by Holly Black is very good. Sort of like Neverwhere but with angry teen girl protagonist.

I want to read Ash by Malinda Lo but haven't come across a copy of it yet. Soon all my book buying will be over the internet it seems.