When the villain's plans are really stupid 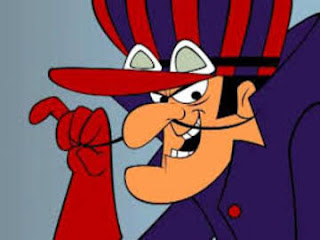 Awesome. I also love the oh-so-logical:

EVIL VILLAIN: I am an evil, murdering villain who plans to kill AWESOME ACTION HERO mercilessly so he cannot prevent me from nuking everyone in Los Angeles, so you'd better take me seriously PRETTY GIRL. I have your parent/sibling/per gerbil hostage and I am going to look after them adequately for months while you shag AWESOME ACTION HERO then totally let them go after he's dead and I've murdered millions of people.