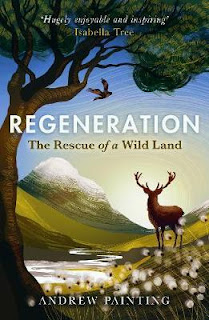 I really enjoyed all the stories in Regeneration (not counting my own which I haven't re-read) and it is one of the most consistently high-quality anthologies I've read in a long time. There's a diverse range of speculative stories in the collection and there are some original, thought-provoking ideas in there as well as new twists on more classic concepts and creatures from the SF, fantasy and horror genres. The theme of regeneration lends itself to stories that contemplate the nature of life, death, birth and rebirth, the ravages of aging and the consequences of not.

There's a nice balance between the past, present, and future with stories such as Tim Jones' Rescuing the Airmen, an alternate WWII story about transformative coming-of-age, forbidden love and the war effort, and Dan Rabart's unsettling tale of horror set in rural New Zealand, Mother's Milk. Near-future tales such as Grant Stone's Coat, where regeneration is a drug ("Reg") and old age an oddity, not only examine possible social consequences of such medical advancement but the realities of dealing with loss and illness for the individual. I.K. Paterson-Harkness' In a world full of birds is a modern day story where the narrator Ben, speaking in his own defence, reveals that he suffers from monthly regeneration where he sheds his body. This story won first place in the Au Contraire competition and it's brilliant. The characterisation and voice is pitch-perfect and the story unfolds with spiralling tension and creepiness as Ben investigates the truth behind his condition.

Characters you believe and come to really care about are woven seamlessly together with a varied and interesting range of SF elements. Relationships often lie at the core of futuristic stories such as Elizabeth Gatens' brilliant Monocarpic Colony Blues about a prisoner and her robotic PRINCE, and Grace Bridge's clever Max's Black Box where people really can get a fresh start in life.

There's a strong New Zealand flavour to the characters and settings in many of the stories, which I loved. I really enjoyed how Lee Murray's Cave Fever skilfully wove the culture, myth and voice of Aotearoa into the lives of those in a colony deep below the Earthface.

I thoroughly recommend Regeneration: a diverse range of speculative stories with some striking ideas, strong characters, and a lot of thematic depth as well as heart.