The odd nature of realism in fiction Part 2 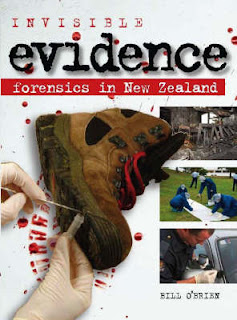 Posted by Debbie Cowens at 5:14 PM

I don't know if the world could cope with Schroedinger's dead-and-not-dead angry crab. Especially if was hit by a batch of gamma rays (which I understand happens frequently in labs) and mutated into the dead-and-not-dead-incredible-hulk-crab.

You are wonderful! And those other resources are excellent as well. A place I go often is:

I have the guy's books and they're great.

Matt - You're probably right about the dangerous consequences of a Schroedinger's crab. I've watched enough B-grade movies to realise that the terrifying crab would definitely break out of its box, and its previous hypothetical dead or alive state would not save any of us from its wrath.

I shall have to check out that link for more forensic info. It's a hideously addictive area of research. I'm always keen for more. :-)

Oh! So I have a couple of books on forensics you can have / borrow long-term:

Written in Blood: a history of forensics by Colin Wilson.

Murder Whatdunnit: an A to Z of murder techniques.

Those books sound great! I shall go forth and send emails...

Yay for forensics! Did you know they're auditioning for a new Milky Bar kid now.... I guess Dom is still a bit young?

Yeah, he's still too young to reliably follow much direction beyond 'jump around like crazy' and 'eat all the chocolate'. I don't think it would work out unless they wanted a hyper-active toddler to run headlong at the camera with white choclate smeared down his grinning face...