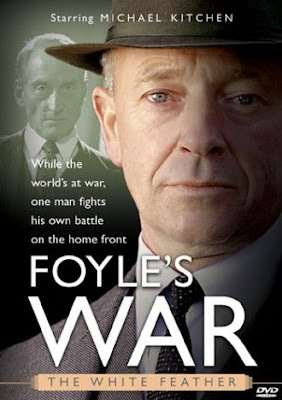 Recently I’ve watched and become a bit addicted to Foyle’s War, a detective series by Anthony Horowitz set in England during World War II. The lead sleuth is DCS Christopher Foyle who is brilliantly portrayed by Michael Kitchen and the show features a strong support cast as well as various recognisable faces (a younger James McIvoy, David Tennant, Emily Blunt) popping up in different episodes. Each episode investigates a thoroughly engaging mystery, but also touches on an aspect of the moral complexities and pressures on individuals and communities when a country is at war.
Posted by Debbie Cowens at 8:47 PM

That sounds interesting, I'll check it out.