What I've been listening to 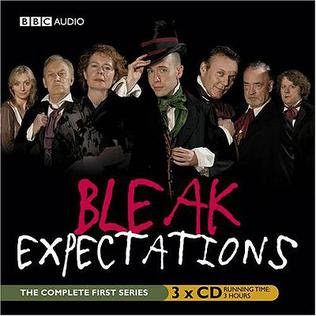 Well, it’s been a slightly tougher than usual first half of the week with a sick husband and son, (and my subconscious attempts to make up for comparative wellness by injuring myself – infected cuticle and then burning my right index finger on the toasted sandwich maker). Also the power supply on the computer then blew up, but fortunately even plague-ridden spouses can still fix such things. As if these ordeals weren’t enough to elicit universal pity, I have also suffered from a complete failure to establish with any sustained certainty what day it is for most of the week. Monday afternoon had me convinced that it must have been two days worth of exhaustion and therefore it was Tuesday, and then Tuesday itself made for a convincing Thursday imposter for the majority of the day, except for a brief hour in the evening when it masqueraded as a Friday. Thankfully, Wednesday has, for the most part, been perfectly upfront about its correct position in the week. I can now look forward to discovering tomorrow morning whether or not ants are recyclable as the pests keep invading the empty cans in the bin outside despite my thorough and repeated rinsing attempts. Never before has so much effort gone into the cleaning of refuse. However, it is perhaps on weeks such as these that one is forced to gratefully consider the multiple of benefits of modern living: comfortable bed with duvets, insulated shelter, running water, the wonders of plumbing, the smorgasbord of succulent foods readily available, and the myriad of ingenuous technologies and gadgetry we can enjoy in the comforts of our own homes. Of course, the main advantage of modern life is that these astounding luxuries and conveniences are so commonplace that we can easily take them for granted and only acknowledge their usefulness by feeling disgruntled when we’re forced to go without them. I suspect that watching TV or eating pizza would be lot less fun if you were compelled to reflect how fortunate you were not have been born in the eleventh century or in a famine-stricken part of the developing world for the entire duration of the activity. There is one invention that I have consciously treasured on a daily basis this week: the iPod (or non-brand name mp3 player if you prefer). As someone who copes best with any form of exercise or domestic chore by treating it as an out-of-body-experience wherein my mind is whisked away by fiction or documentary whilst my body slaves away like a fleshy automaton, the iPod is a device that transforms walking, running, and even vacuuming or folding laundry into an enjoyable experience. Without one I would soon succumb to my natural predisposition to become an entirely slovenly and unfit individual. Whilst I enjoy listening to podcasts and audiobooks for longer walks or lengthy bouts of tidying, I have recently become a devotee of radio plays or series of shorter durations of half an hour or thereabouts. The BBC iPlayer is an invaluable source for obtaining such wonderful things, though they’re only up for about a week so you have to catch them rather promptly. I’ve already plugged series three of Stephen Fry’s English Delights, but it’s worth mentioning again. Robert Winston’s recent series on the great composers of the past and the medical conditions they had (or may have had) is fascinating, Schubert and Beethoven especially. Very good for reminding me what a wimp I am for feeling troubled by the hardship of typing with a sore finger. Richard Dawkins’ series on the Age of the Genome is well worth listening to for an interesting overview of the decade following the decoding and sequencing of the human genome. I also recommend Michael Butt’s play about the mysterious death of Christopher Marlowe, Unauthorised History: The Killing, for anyone who likes mystery or Marlowe. The radio series of Christopher Marlowe Mysteries by Ged Parsons is next on to listen to list. My current enthusiasm for all things Dickens also led me to listen to Bleak Expectations (romping and hilarious pastiche) again and I found it to be just as delightful a second time around. Episode 6 of the second series is up on BBC iPlayer for any one curious enough to try it out from there. I realise I’ve neglected to acknowledge the joy of music at all in this post about all delights audio which understandably fills me with guilt and shame. As some recompense I shall mention that Axis of Awesome are as good as their name suggests and that their four chords song is a work of genius. (Also it turns out that I really like a bunch of four chord songs).
Posted by Debbie Cowens at 2:10 AM

Our girls are just starting their 3rd cold in 2 months. This winter has been a total bitch, though A's exposure to kindy has helped to spread the sickness :)

Yeah, loads of nasty bugs seem to be going around at the moment. Bring forth Spring!

I've had my best winter since spawning... so wait a year or two! It really gets better as there immune systems start to recognise more pathogens

Yeah, I'm sure kindy and then school will introduce his immune system to a diverse range of pathogens. :-)

Although I shouldn't really be complaining too much. I think this is the first cold he's had this winter which is pretty good for such an outdoorsy chap.