For me, watching the UK election has been rather like watching the garage of the house across the road burn down. I know this because I got to witness both yesterday. I would characterise both as more unnerving than I would have expected. They were both compelling in a tense yet dreary way. It was as though I wanted to stop watching but couldn’t look away because I had a gnawing sense of dread that something really bad might happen if I did. So I wasted a lot of time going back to stare at the drawn-out proceedings of the fire/election*, acutely aware that I was unlikely to be affected by the results of either on a directly personal level. Flaming chunks of wood were unlikely to fly across the street and set fire to my house; flaming chunks of a British hung parliament even less likely. It was an odd sensation watching both these events. A bizarre concoction of mixed emotions and vague curiosity. Neither was tragic enough to elicit strong feelings of sympathy or compassion. As fires go, your garage burning down is considerably better than your house and no one was hurt or in any danger. Still, a fire is never a good thing. It must have been alarming for the people involved. If not devastating, it was at least inconvenient for them, standing outside in the cold in the middle of the night for ages**. That pretty much reflects my feelings about the UK election. It’s not as bad as it could have been, but the Tories getting over 300 seats is pretty much the equivalent of having your garage burn down. They don’t have an outright majority but Cameron looks all set to become Prime Minister. David Cameron reminds me of John Key. The cheddar-smile face of the right wing. When National came to power, I wasn’t that devastated. I figured that what appeared to be a more central National government, tempered with the Maori Party wouldn’t be that bad. For a while, they didn’t do anything that unpredictable or upsetting. However, as the last few months have shown, it doesn’t take long before the gloves come off and the nasty talon-like policies come out. They want to mine National Parks, kick as many beneficiaries as possible, especially the sickly looking ones (just in case they’re pulling a Ferris Bueller and faking it). Paula Bennett is starting to strike me as a nightmarish vision of Jenny Shipley written as a bitchy character on Outrageous Fortune. I’m just waiting for National to announce they’re going to introduce whaling tourism as another way to boost the country’s economic growth. Of course it would have to be passed under urgency, their preferred way of slipping in unpopular legislation before protestors have a chance to assemble in huge numbers and be largely ignored by the increasingly corporate-centred media. Cameron’s ‘big society’ already has the eerie foreboding of the beginning of some sort of dystopian novel. If that’s his pre-election pitch, imagine what he’ll be doing after the initial honeymoon period of photo-ops and trying to impress everyone that he’s becoming a close chum of Obama. Still, whatever combination of parties they end up with in Britain, the election has already had a direct effect on the New Zealand public in that it apparently provided TVNZ with the motivation to fly Paul Henry over there to report on a series of items about England, the majority of which are note-worthy only in their astounding irrelevance to the election. It’s more like they’ve paid him to go on a sentimental journey back around his hometown of Bristol, followed by a boring package tour of London, and we’re expected to watch his holiday videos every morning. Still, there are worse things than being subjected to a TV presenter’s vacation footage. Some kiwi doing something so cringe-inducingly embarrassing that it gets shown on TV overseas. It makes me feel like an Amish teen who has snuck out to a party only to have their parents show up on the horse and cart and drag them out in front of everybody in a humiliating spectacle. Last year, Paul Henry ended up on the Pete’s Space section of Rove, a segment of the show for the ridiculous antics of overseas weirdness. Previous entrants on Pete’s Space had included a clip of a Japanese woman breastfeeding a cat and a man who liked to have sex with the exhaust pipes of cars. The thing is these clips usually come off YouTube. With Paul Henry, they just got a clip of the Breakfast show of him making fun of some female guest who had been on the show and was deemed to have a moustache. The whole thing was depressingly loathsome. It made you want to crawl under the bed and not come out until the other countries weren’t looking. Now it seems another New Zealander’s foolish antics were extreme enough to attract international finger-pointing and chortling. A clip from an old episode of Close Up popped up on Charlie Brooker’s excellent ‘You have been watching’ election special. Wow. It actually combines lethal levels of offensiveness and embarrassment to create an atomic bomb of mortification. I may not come out from under the bed for some time, not even if there’s another burning garage or election… * Election via internet, fire via window. ** I was surprised at how long the whole thing went on for. A couple of hours at least. Even after the fire had been extinguished, the rumbling of the fire-engine continued in some sort of annoying but presumably necessary post-fire noisiness. 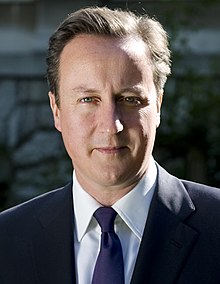 Posted by Debbie Cowens at 4:01 AM

First, I love your posts. You bring together wit and a true indivuality and imagination.

Second, I'm an American and I didn't realize it until just now. I have been watching the elections, but I really don't get this post at all! And I say this with the greatest respect and embaressment. :)

Thanks, and yeah, I can see why it would be mystifying to a non-kiwi reader. I was largely rambling on about local TV presenters and referring to NZ TV shows (and a couple of Australian and British ones as well), both NZ and UK political parties and politicians.

I'm happy to explain any puzzling references but as a general breakdown:

John Key - Current Prime Minister of NZ. Bears an uncanny resemble to Mongomery Burns from The Simpsons and showed up on The Letterman Show once to present the Top Ten.

NZ's two biggest policital parties are National and Labour. (Somewhat confusing when I also talk about the British Labour party as opposed as the Conservatives.)

MMP - are current electoral system of mixed member proportional representation (We had FPP 'First Past the Post' until a referendum in 1993 and the first election using MMP in 1996).

Er, does that clarify anything?

Speaking of things British, have you seen a show called Outnumbered? It's a fairly standard Mum, Dad and three kids type sitcom, but most of the dialogue is improvised. The kids are especially hilarious, thought you guys might enjoy it as parents. I have the first series if you want to get it.

I had not heard of Outnumbered before but it sounds great.