To commemorate the great Sir Arthur Conan Doyle's birthday, I made a Sherlock Holmes inspired dinner with lots of yummy pun-based food.

Entree
The Swine of Four Pizza 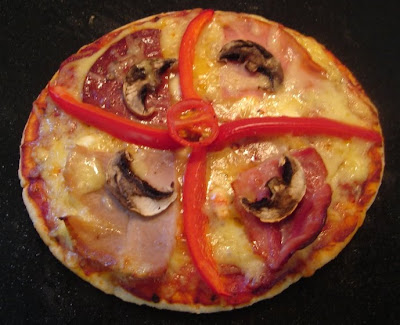 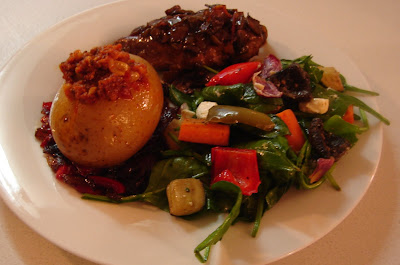 Chicken of the Baskervilles
Chicken breasts seared and then flambéed in brandy. (If I was Heston Blumenthal, I would have tried to find edible phosphorous for this dish. However, I decided that setting fire to the chicken was the most fun and tasty way to recreate the eerie glow of the hound. 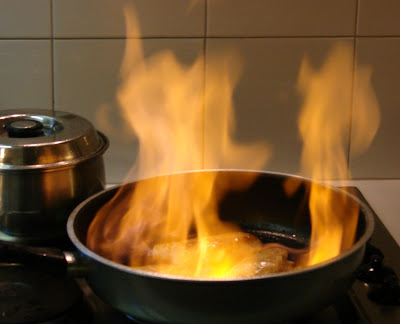 Diced onion, mushrooms, garlic and cherry tomatoes are then added to the chicken, along with a dash of red wine, herbs and seasonings. 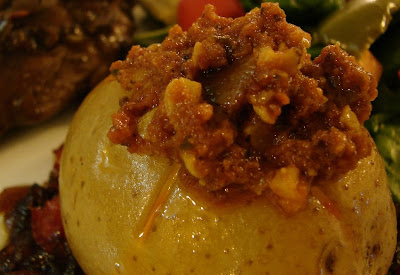 A baked potato topped with sun-dried tomato pesto and served on a bed of a caramelised red onion and capsicum.

A Salad in Bohemia 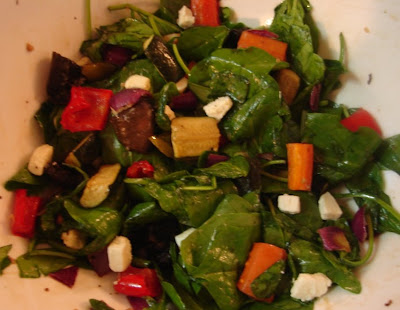 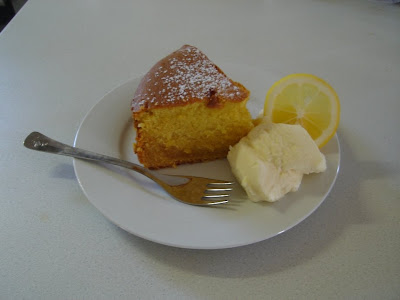 After recreating Holmes' climatic battle with Moriarty at Reichenbach Falls with marshmallows over my hot chocolate, I can settle down for a cosy evening with a Sherlock Holmes DVD. Bliss.
Posted by Debbie Cowens at 11:04 PM

It was all DELICIOUS! OM NOM NOM!

You are so cool!

Thanks for the comments. It was entirely too much fun to make and eat. Oh, the sheer gluttony of it all.

LJ post at 11pm at night! Must be have been an energising meal :D

It was indeed energising, but not that much. I think my blogger settings had weird timing. I wasn't even awake at 11pm :-)

I wish to partake of one of your literary feasts...

This is the most creative celebration of Holmes I have seen! I was just looking for your blog when this post popped up on my site. LOVE the creativity!

Thanks. It was much fun (even if it did lead to over-eating).