During the weekend I was lamenting with some companions that the absence of nineteenth century Russian Literature taught in primary schools meant that there was a distinct lack of childish nicknames given based around allusions to Russian classics. I have decided to redress this, starting with an abridged version of Tolstoy’s masterpiece Anna Karenina.

This is Anna. Anna was pretty and smart. She liked reading, writing and riding horses. 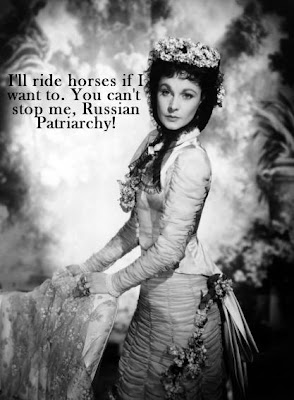 She was married to Karenin. He was a government official. 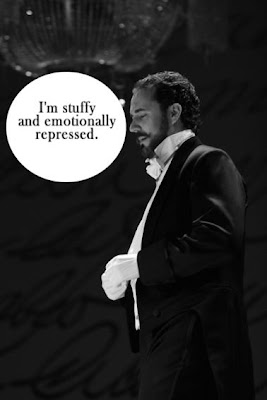 This is Vronsky. Isn’t he dashing? 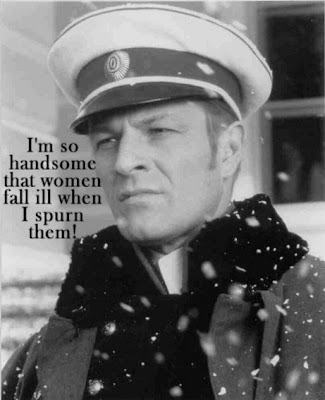 Vronsky liked horse-riding too. This is his horse, Frou-Frou. 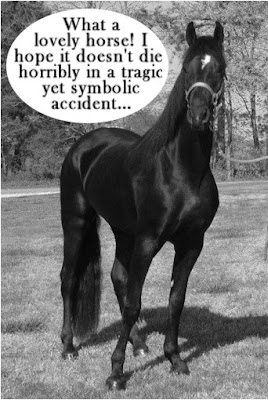 Vronsky was supposed to fall in love with Kitty, but he liked Anna better. 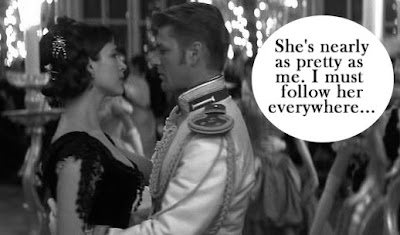 Anna liked Vronsky too, but she was married. 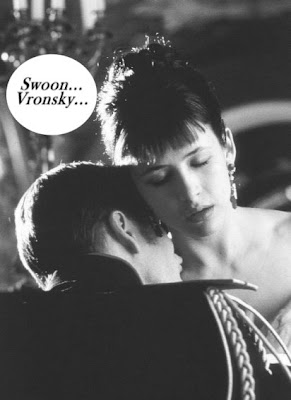 Karenin didn’t like Anna playing with Vronsky, but then Anna had a baby so Karenin said she could she could have a divorce if she really wanted. 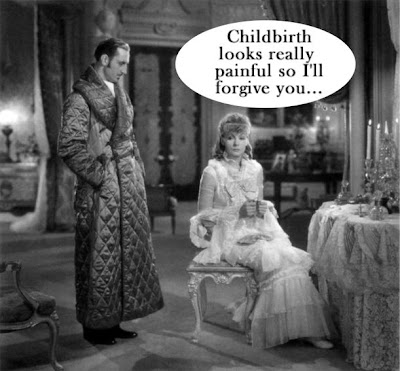 But Anna and Vronsky went to Italy instead. 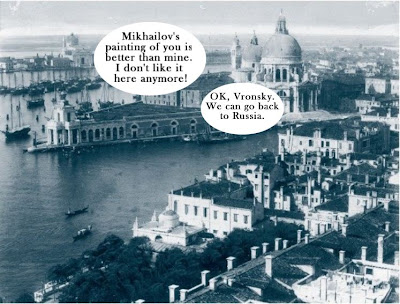 When they returned to Russia, everybody was mean to Anna. Then she thought Vronsky didn’t like her anymore either. 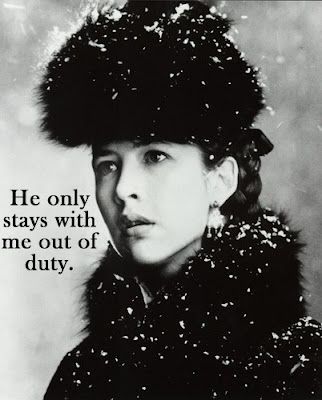 One day, Anna went to the train station... 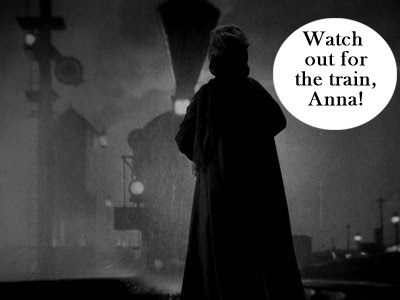 ...but she didn’t watch out for the train. Poor Anna.


But at least Levin got over his bad mood in the end, so the story’s not a total downer. 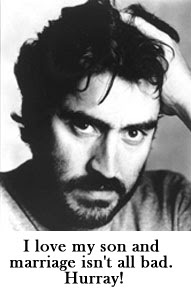 THE END
Posted by Debbie Cowens at 5:55 PM

Thanks for this Debz, I started reading this a couple of years ago and never finished. Now I know what happens... sort of ;)

Heh. Nice to know that my children's version is appreciated by adult readers as well. Next I'll have to tackle War and Peace...

I second your swoon. I'm tempted to make a 'Vronsky - I'm so handsome that women fall ill when I spurn them' LJ icon...

I want the printed version to read to my kids... J adores men in uniforms!

Fantastic. Of course, this is one of my favorite books of all times...I agree with Karen about the printed version--I'll take one, too!

Oh, and this site is new to me. I came over from Elizabeth Spann Craig's Mystery Writing is Murder.

Thanks for your comments Karen and Michele. I'll have to put up a PDF of it. :-)