In which the absence of an iPod makes Debbie rant 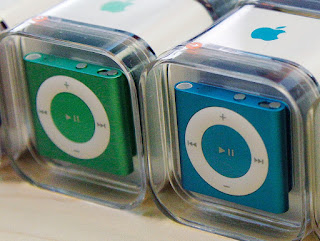 That's why I don't want to have an ipod, I love hearing those kinds of conversations as it helps to maintain my misanthropy. If I stopped listening I might start thinking people are nice or something.

Heh. I like your cheerful glass-half-full approach to the world.

Hmmmm....so I guess you're not up for a football team of offspring then?

I suppose you could start sabotaging his appearance - secretly inject extra fat into his food, smear oily makeup on his face while he sleeps to clog his pores?