Death of the Detective 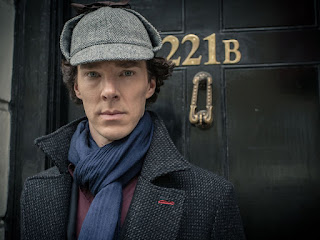 I listened to a radio show not long ago, Character Assassins, which looked into the issue of mystery writers killing off their detectives. One of the most famous cases is the public outcry when Arthur Conan Doyle dispatched Holmes off the Reichenbach Falls in ‘The Final Problem’. Doyle had resolved to get rid of Sherlock permanently. "I must save my mind for better things," he wrote to his mother at the time, "even if it means I must bury my pocketbook with him." However, he later famously gave in and resurrected Holmes in ‘The Adventure of the Empty House’. Like many other Sherlock fans, I’m glad Conan Doyle was persuaded to bring Holmes back and write the subsequent stories, but as I writer I also feel that an author knows when a character or story have reached their end. Commercial influences or pandering to the fans shouldn’t override doing what feels right and true for the character. As a writer, it often feels that you have to write what does happen to the character, not what you or the reader might want to happen to them. Stories, like real lives, are not easy or painless for the people who live them. However, as a reader I have the backbone of a melted marshmallow when it comes to the death of beloved characters. I have avoided books such as The Remorseful Day and Curtain: Poirot’s Last Case because I don’t think I want to read a novel in which a much-loved detective dies. Possibly it’s an unjustifiable position when the one thing that is likely to crop up in a mystery is a dead body. However, I’ve followed some of these detectives over dozens of books and stories. I worry that reading about their deaths would be like experiencing, however vicariously, the loss of a dear friend. I also have a nervous suspicion that the knowledge of their demise would then haunt my enjoyment of earlier stories. Are there braver readers than me who have read the tales in which one of their favourite characters dies? Has it then affected any subsequent re-readings of earlier books? Are my anxieties at all justified or not?
Posted by Debbie Cowens at 2:17 PM

I try to read books only in order of publication and not look ahead but I don't like to know characters die. I did read that Poirot died in the last book but it never stopped me from reading the series.

I have enjoyed many, many stories where the protagonist dies at the end, but they were self-contained. Hamlet is a great example, with the protagonist's doom known at the outset.

I think the nature of a series of works is such that the expectation is that one can return for the next episode, the next encounter. Having one of those encounters prove fatal, and therefore final, can be a hard thing to face. The strongest example that springs to mind is not from a novel but rather a film that followed a TV series. The death of one of the characters from the show was deeply upsetting to me, despite it being exactly the kind of heroic death that would normally work in a film. I think that was largely due to the expectation that the episodic nature of the TV show had set up.

So I think yes, your anxieties are justified. I've found deaths of fictional characters hard to swallow in the past, and I suspect that difficulty would only grow with the deepening fondness that a favourite series would bring...

Clarissa - reading books in order seems like a good strategy although not one I'm personally very good at. I tend to grab any book from a series I like whenever it's on the shelves in a rather higgedly-piggedly fashion. I also seem to end up reading polt-spoiler about main character deaths by reading reviews and interviews with the authors in advance.

Matt -Yeah, I don't seem to have a problem with protagonists dying in standalones though it's often very sad and moving. Many of my favourite books have tragic endings.

I suppose it's more a concern that the character's death will cast a shadow over earlier books and given how often I read series out of order or go back and re-read some of the books, it feels like something I don't want to risk. Not until that MiB memory-erasing technology exists...

Many years before she died, Agatha Christie wrote novels killing off Poirot, Miss Marple, and I think several of her other "regular" characters as well, and then kept them in a safe to be published only after she herself passed on.

Her motivation was apparently to keep other writers from using "her" people. I can understand feeling protective of your own fictional characters, but I always found something creepily cold-blooded about what she did. (But then, I was never a Christie fan.)

The radio program Character Assassins claimed that Christie wrote the Poirot-killer during WW2, when she feared she might be killed in a bombing raid, and stored it safely as a sort of insurance policy for her daughter to benefit from its publication in the event of her death.

If those were indeed the circumstances then her prolonging his life through so many subsequently written works could be seen as an act of mercy :-)