Last week I broke one of my teeth. I felt quite indignant about the whole matter as I had bit into a date and there was an unexpected sliver of stone left in it which snapped my premolar. It felt most unfair to break a tooth on a DATE, not a piece of toffee or hard candy. Dates are supposed to be healthy and really shouldn’t be allowed to pose a threat to one’s teeth. Disturbingly a huge chunk of it snapped off; not just an insignificant corner but the entire back half of the tooth came away. I reluctantly made a dentist appointment for as soon as possible (which amazingly turned out to be a little over a week – who knew that dentist visits were so popular?). In my mind dentist appointments are something to be avoided whenever possible. Even the distant sound of drilling as you wait in reception sends my stomach into fearful conniptions. I also resent the fact that I have to pay for something that feels disturbingly close to torture. Even the shortest dentist appointment costs about the same as four or five paperback books and a mini stockpile of chocolate. If I’m going to be spending money, I would rather have the books and chocolate than the possible unpleasantness of drilling. However, the broken tooth was causing enough inconvenience that I sucked up my fears and trepidation and trotted along to the appointment. Fortunately the dentist was kind enough to whack my mouth full of anaesthetic before anything was done. It must have been a hefty dose too because half my face went numb pretty quickly. Unfortunately, he then pushed over the tray of dentistry equipment into my sight while I lay prone on the chair. It seemed to resemble what I imagine a typical array of torture implements might look like in a brutal interrogation scenario. However, while my heart started palpitating in terror, I have to admit that the anaesthetic was good stuff and nothing actually hurt as such. Of course it is never pleasant to feel the force and vibrations of industrial strength jackhammers* drilling away in your mouth, or have those tampon-shaped lumps of cotton pushed up your gums. The pinch of steel clamps around the tooth as the white filling was wedged and forced up into the root of the tooth was likewise uncomfortable. However, I survived the procedure without too much in the way of pain or trauma and headed home. The self-pitying histrionics and detailed complaints started that afternoon as the anaesthetic wore off and I felt somewhat like someone had punched me repeatedly on the left side of my jaw and pummelled my gums with tiny pickaxes. To make matters worse, when I looked in the mirror I noticed my unfortunate premolar was now somewhat tinged with grey. Although it was surprisingly close to its original shape it had adopted the demeanour of a sinister tooth with a dark core. Oh great, I thought, I am now basically turning into a fairy tale witch. Pallid complexion? Check. Predilection for feline companions? Check. Now I was starting on the creepy grey teeth to complete the look. Just needed the broomstick. However, one of the perks of being a writer is that so many dark clouds of nasty unpleasantness can have one very definite silver lining – inspiration. If you ever want to spot a writer in a crowd, you simply need to set everyone on fire**. The writer is the one who stops, drops and rolls to put out the flames, and then reaches for their notebook (which hopefully has been shielded from fire damage in their pockets or bag) and starts writing frantic notes about what it felt like to be on fire. Shortly after they will then produce a series of stories about witches burning at the stake, pyrokinetic zombies and time-travelling ninjas with flame-throwers wreaking fiery havoc throughout history. Needless to say, I did at least get one nice story out of the dentist visit and resulting witch tooth. Actually, this maybe witchlike transformation isn’t so bad. Could lead to more insights to plunder for story ideas… I’m off to buy a broomstick. * OK, maybe that’s an exaggeration. It was probably more like just one jackhammer. ** I’m not actually endorsing this strategy. There are easier methods such as just asking people. However, writers do like to talk about themselves and their writing a lot so bringing up the subject does present the danger of being trapped in a lengthy conversation. It’s probably less risky than setting fire to people though. 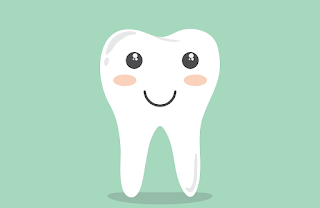 Ugh, thinking about the the sound of your tooth cracking as it echoed in your head makes me cringe. You know, I understand your disappointment after that date cracked your tooth. This made me remember a friend who cracked his tooth with a piece of toast.